The dance of light, from sunrise to sunset, continually paints the rock canvas of the high mountains with the skill of a master painter, yet it is ever changing. Minute by minute the tableau unfolds from predawn silhouettes of ridges and sky, to luminescent walls bathed in the first morning sun. As the hours pass, the contrasts of line, form and color provide unlimited fascination to those patient enough to sit and observe the constantly changing moods light gives to these ancient monoliths. 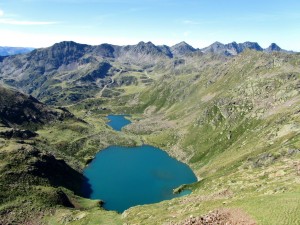 One can appreciate the grandeur and beauty of the mountains on a day trip, but to watch the rising and setting of the sun slows down my mind, calibrating it with my surroundings. In time, I am the wind over the cols, the cascading water, the blue of the tarn. With every step and breath, I become transformed from a transient visitor to part of the ambiance itself.

My heartbeat is in rhythm with the cascading waterfalls. My awareness of the sun’s incremental movements negates the need for an expensive watch. Man’s world is marked in hours and minutes, but time in the mountains is marked by weather and seasons. I am reminded of this by the amazing geology spread before me. My bivvy at a col between Pic de Malacaras and Le Picot is the perfect vantage point for observing the jagged cirque above l’Etang Fourcat. Numerous peaks, all above 9,000 feet, create a seemingly impenetrable barrier shaped by the glaciers of centuries long ago. What is left in their absence is an intricate world of tarns, streams, moraines and secluded beauty. 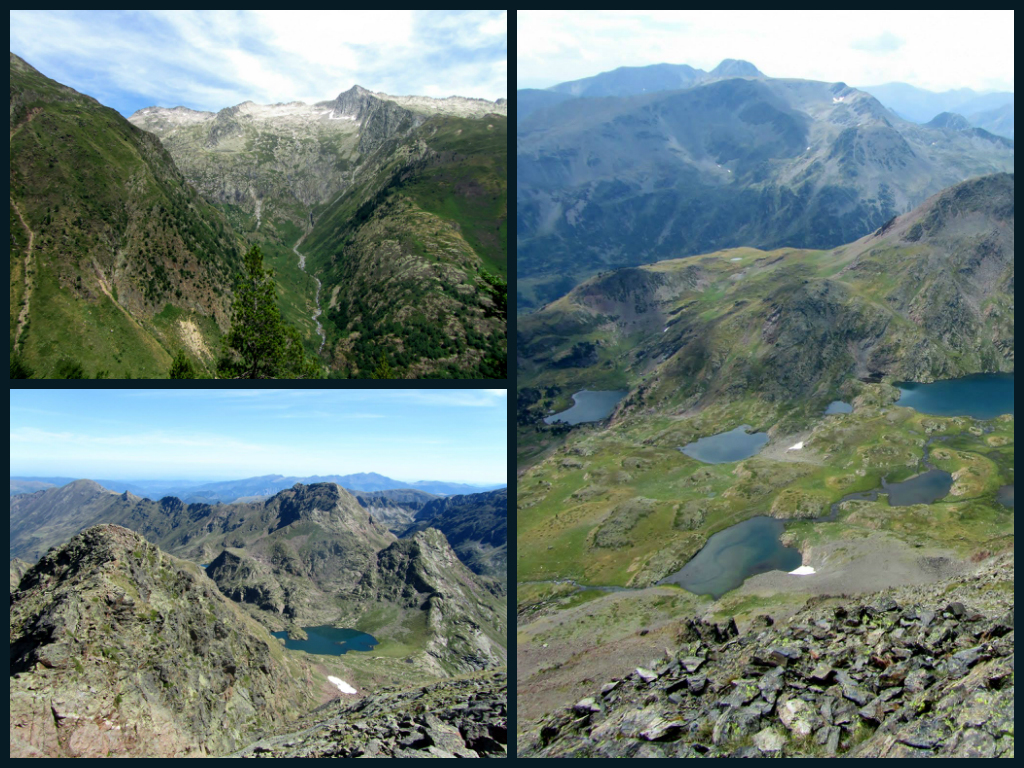 This is a remote place. Six hours from the nearest trailhead and well above the highest mountain hut in the Ariege region. Clear late afternoon skies afforded a scramble up to Pic de Malcaras and Le Picot to survey my neighborhood for the evening. The view from Le Picot so enchanting that I climbed it twice from my bivvy site to watch the colors of the setting sun. Being on a high summit in the early evening is a rarity offered sparingly by the weather. From there I could see seven layers of mountains as I visually traced each and every ridge, remembering those summits I had already stood atop, and making a mental list of ones to add. From here the only sounds are the wind, the occasional tweet of a bird, the intermittent whistle of the marmots and the distant jingle of goats, their bells sounding from far off valleys.

As the sunset gave way to twilight, I watched the first star appear. Eventually the stars assembled in a brilliance I have never experienced, even in the high mountains. The Milky Way seemingly three times the size I had imagined. Six shooting stars graced this already radiant firmament. As I nodded off to sleep, weary from the exertion of the day, I noticed a distant glow over the cirque, a hint of an occasional firework. The far-off town celebrating its summer fête reminded me that even in this remote part of the Pyrenees the separation between wild country and the concrete jungle is narrowing.

As the hours inched slowly towards sunrise, the chill of the high mountains filled my bones. Curled up in my bivouac sack I anxiously awaited the coming dawn. Peering out through a tiny hole in my cocoon, I watched the line of sun as it languidly edged its way down the other side of the rocky amphitheater. Shivering in the shadows, I waited for the warming rays to reach my isolated perch. Looking around I noticed that many of the other inhabitants were doing the same. A Black Wheatear and several Rock Sparrows touched down next to me, their feathers puffed up for warmth. They chirped inquisitively in hopes of hastening the sun’s progress, while seven Griffon vultures circled on the early morning thermals above. The whistling sounds of the marmots seemed more of a greeting than their usual warning as they too awaited the coming warmth.

I climbed out of my sleeping bag and found a flat rock just as the first ray reached my camp. The Griffons, in what seemed their daily routine, found their resting place high on the ridge of Pic de Malacaras. One landing in the spot where I had watched the sunset the night before. Soon the entire congregation of the cirque sat facing the sun in solemn worship. We spent an hour together absorbing the restorative warmth, raising our optimism with each added degree. Then, one by one, we went our separate ways into the vast remoteness, each knowing that the mountains are man-less places and therein lies their magic.

In this modern age, very little remains that is real. Night has been banished, so have the cold, the wind and the stars. They have all been neutralized: the rhythm of life itself is obscured. Everything goes so fast and makes so much noise, and men hurry by without heeding the grass by the roadside, its colour, its smell and the way it shimmers when the wind caresses it. What a strange encounter then is that between man and the high places of this planet! Up there he is surrounded by the silence of forgetfulness. ~Gaston Rubuffat, 1954 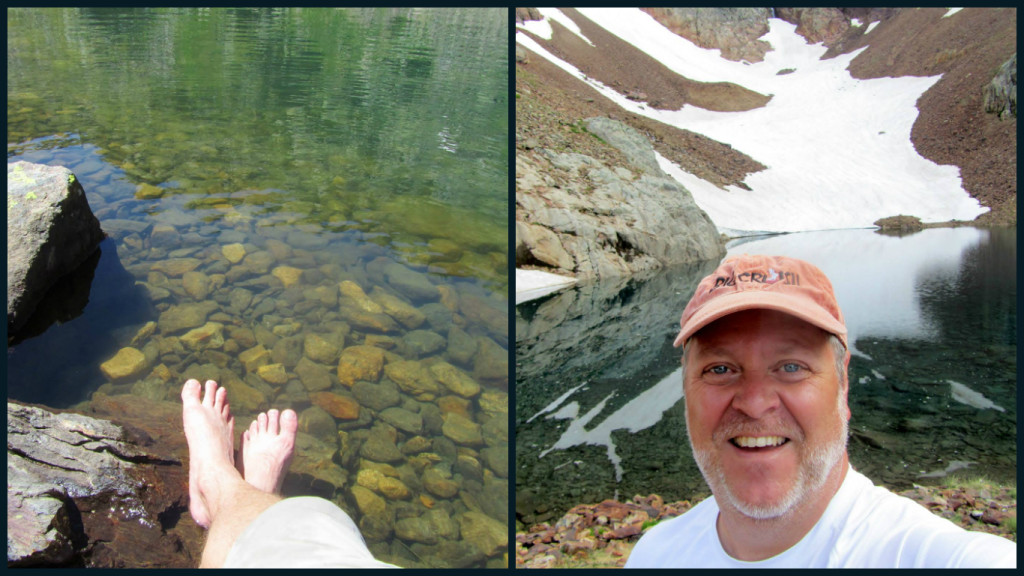 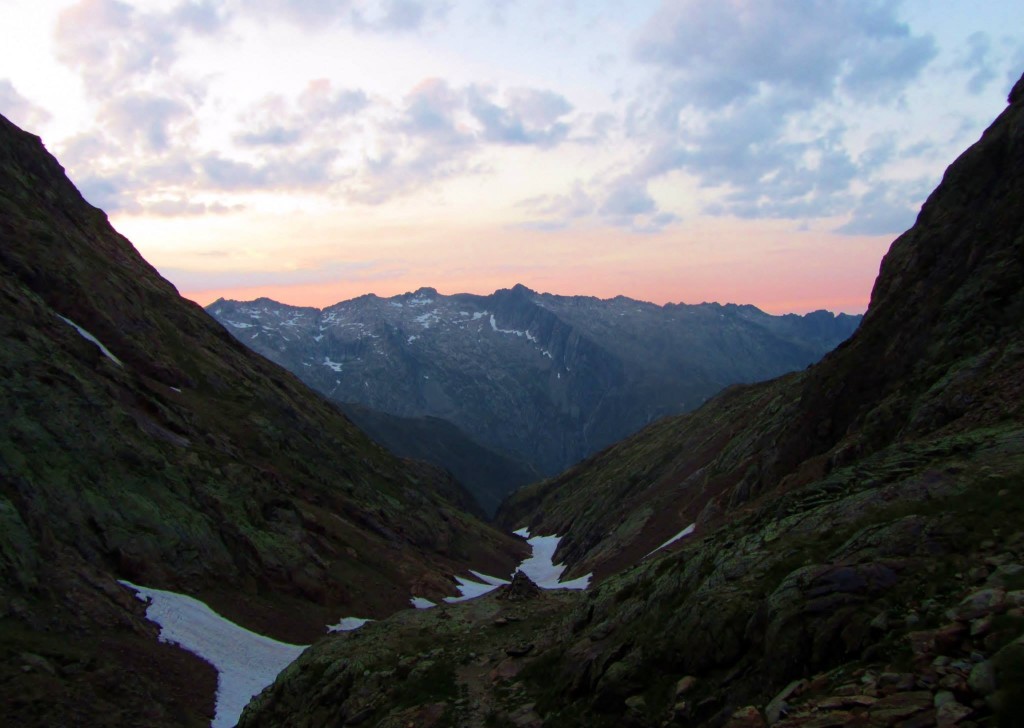 Comments Off on Solitude and Stars