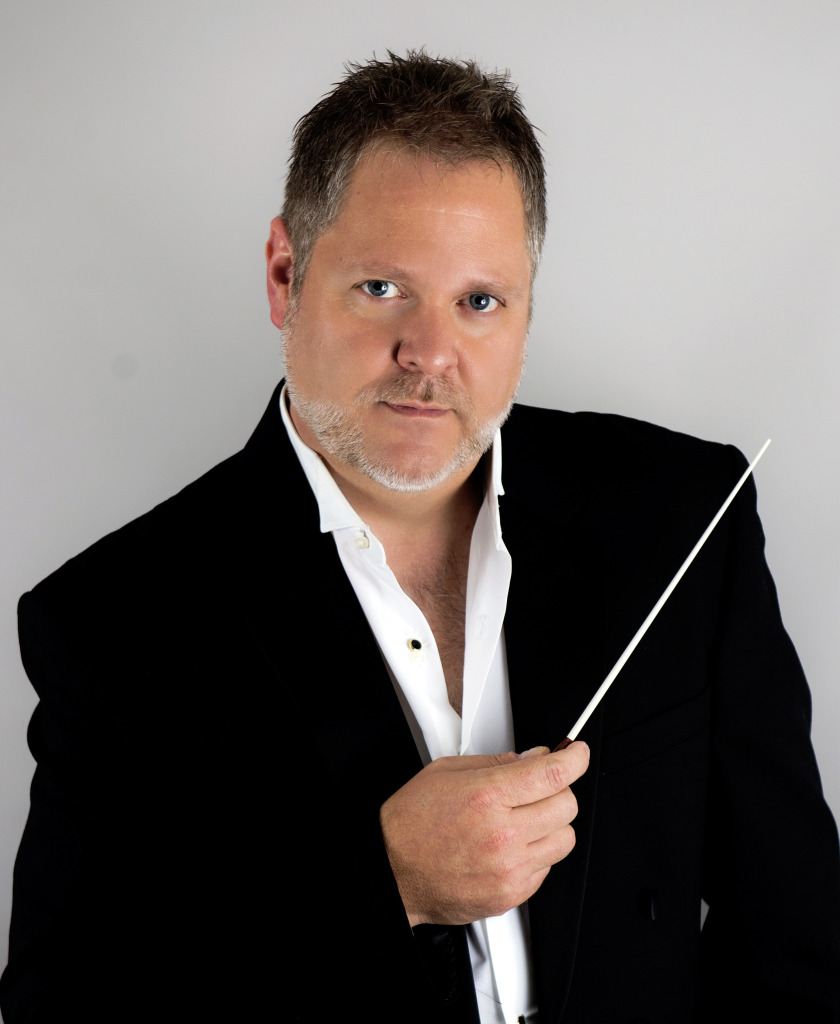 Versatile with a clear beat, and known for his innovative programming, Maestro Caulkins is at home with music from classics to pops, and baroque to ballet. His work alongside pops legend Erich Kunzel, conducting icon Dale Warland, and master technician Helmuth Rilling at the Oregon Bach Festival, have shaped him into a sensitive and dynamic conductor.

As Artistic Director of Sarasota’s Key Chorale, Joseph has consistently delivered innovative concert experiences through adventurous programming, unique collaborations, and performances of new and rarely heard works. He has taken audiences to unexpected places including: Richard Einhorn’s dynamic oratorio, Voices of Light, written to accompany Carl Dreyer’s 1928 silent film classic “The Passion of Joan of Arc”, a collaboration with the Sarasota Opera and the Sarasota Film Society, an innovative program titled Mozart Meets Radiohead with edgy string quintet Sybarite5, and the US premiere of James Whitbourn’s Annelies, a setting of the “Diary of Anne Frank,” which the Herald-Tribune called a “Triumph.”

Key Chorale was catapulted onto the national stage in 2017 when it was invited to perform Cirque des Voix®, an innovative concert experience with the Circus Arts Conservatory, for the Smithsonian Folklife Festival on the National Mall, which the Washington Post named one of the top five events of the entire 10-day festival. The chorale also sang two performances at the historic National Cathedral and released their latest CD, ARISE – Choral Music of Ola Gjeilo, featuring two world premiere recordings.

From 2001-2010 Joseph served as Associate Conductor/Director of Choruses for the Southwest Florida Symphony, where he created the Stained Glass Series, and led annual Messiah and Holiday Pops concerts. Before 2001, he was Artistic Director of the Bach Chamber Choir & Orchestra (Rockford, IL) and directed the St. Procopius Chamber Orchestra and Choirs at Benedictine University (Lisle, IL). With his choruses Mr. Caulkins has recorded numerous CDs, led European concert tours, conducted many  regional and world premieres, and commissioned new works from Dale Warland, Eric Whitacre, and Ola Gjeilo among others.